This article will help you be able to explain your exact relationship with someone.

ACQUAINTANCES - An acquaintance is someone that you have just met. You may have met them through a friend or at a party, but you don't have any sort of relationship with them yet.

HANGING OUT -This means that you are spending time together with someone just as friends. It is not necessarily a dating term because you can hang out with anyone.

Someone might ask "Are you dating this girl?", and the response could be "No, we're just hanging out. Nothing has happened, yet." This can either lead to a friendship or dating. 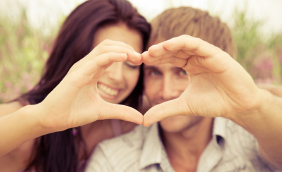 HOOKING UP - Sleeping with each other, fooling around, no strings attached.

SEEING EACH OTHER - A step up from hooking up, which usually involves some dates here and there too (progress). This guy is in a fairly casual relationship with you. All the fun off having a boyfriend/girlfriend, but no change to facebook relationship status.

OFFICIAL -If you and your man are official, he is telling everyone. No seriously honey, everyone. From his parents, friends, and work colleagues, to the gas station attendant who fills his car to his barber to, well, anyone who will listen. He wants to make it known that you are his other half and would scream it on top of the mountain if there was one close enough. Once you are official, you are at a point where you see a future together. You're committed to each other sexually, and mentally as well. The official relationship status is also known as 'going out' and/or 'boyfriend and girlfriend.' But just because you two have now declared your infatuation with one another to the world, don't drop the ball. Relationships take work, and you're up to bat.

DATING - He calls you regularly, you make a set plan and he wines you and dines you (or at least the college equivalent) as you chat the night away trying to get to know each other beneath the surface. Dating is a term that is just slightly more serious than going out, and the couple is hopefully exclusive at this point.

MARRIED - So now after all of these steps you're finally married.